As a three-time elite British National Champion on the track, Jan “The Boss” Birkmyre, is a force to be reckoned with. She trains while working full time as a Marketing Consultant and has won at least one elite national medal in each of the years she has been racing and claimed the prestigious National Omnium series title eight times in 11 years.

In addition to the track racing, Jan has had some memorable wins on the road, including the Tour de France support race on The Mall, two victories at the Tour of Britain support race, plus a win at the Hillingdon Grand Prix. She was also part of the TORQ team which raced the National Team Time Trial Champs and picked up silver and bronze medals, even if she did need to be nursed over the line by her fellow teamies each time!

This I like. Straight forward, no nonsense, fuelling advice. Thank you #TORQFuelled I am now #UnBonkable 😉 happy days

One of the most desirable, respected and authentic performance nutrition brands. Proud to be #TORQFuelled ZyroFisher and TORQ make it a decade with new 3 year deal https://t.co/jK5s1xypyY

Probably the best massage on the island and followed by a cheeky off season recovery drink. 😜#livingthedream Thanks @OttilieQ @OQServiceCourse Love #Mallorca #mallorcacycling #torqfuelled 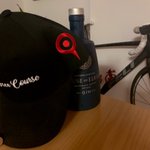