Getting into cycling was a bit of an accident for Jen – an effort to avoid traveling on the underground during the London Olympics was the reason! Jen “2 stroke sniffer’ Allum now loves to chase a motorbike and is best at prolonged efforts of discomfort. She is still looking for her sprint, but remains hopeful it will turn up somewhere. In the last couple of years Jen has won multiple Elite National medals and National Masters medals too. Her goal is to keep improving on the colour and the volume of these! She also holds out for the coveted Brompton World Championship title, a competition in which she has twice been the bridesmaid in!

In earlier years Jen was a competitive swimmer and horse rider. However, the latter involved quite a lot of time either in the air or on the floor. Later she tried running but there have been many idle years in-between all of this.

By way of work Jen is a Senior Civil Servant but she likes to have a varied selection of “after school” activities. So in addition to cycling, she plays the violin and is a keen allotment holder – apparently the annual marrow glut never goes to waste! 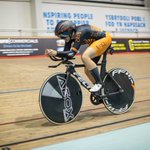 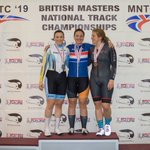 🚲Every day is a school day, then! Why it's worth finding out if your 'energy bar' does what you think. https://t.co/ZWEnT7iLUZ #TORQFuelled 🚲