Phil returned to bike racing in 2011 having previously raced at an elite level in South Africa and Europe in the early 90s. Having been instrumental in the delivery of the Olympic Park for the London games, the new velodrome held a particular interest which inspired him back on his bike.

Phil “Brownie” – the nickname relates to his inability to walk past a brownie which is begging to be eaten, rather than to his name. Mixing track racing with time trialling, Phil decided to take on a longer challenge; in 2016, Phil pulled together a 4-man team for Race Across America. As rookies, they were somewhat optimistically hoping for a win but came second to an American team who had won the event in the preceding two races. However, the team brought home a British best performance for the 4-man team, despite Phil racing the event with a broken wrist, ribs and concussion having been knocked off his bike on the day before the start!

Latterly, Phil has focussed on time trials and chasing victory on the track, particularly an elusive win in the individual pursuit having won a bronze at the 2017 Masters National Track Championships. As a self-confessed chocoholic – he is especially partial to brownies – Phil trains as much for the calorie benefits as for performance; there’s a reason he loved the racing in Belgium!!

No racing for me today/tomorrow, but “enjoyed” a 3-hour leg stretch last night on the boards. Bike did well, legs almost kept up - thanks @42DegreesCoach for a great session. #TORQFuelled #unbonkable… https://t.co/0DpBbHBQyB

The things we love: a glorious sunrise, a beasting on the bike and a proper breakfast!! And all this before 0800 - what’s not to love about that?!
#TORQFuelled #unbonkable… https://t.co/ZLlNtEIoER

TORQ’s latest myth-busting article looks at energy bars. Will you get the energy you need? How does an energy bar, a cereal bar and a flapjack differ? What's the perfect energy bar formulation? Have you been misled? https://t.co/TIMLeqO6UQ #TORQFuelled #EnergyBar #OptimalFuelling 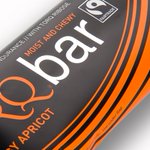