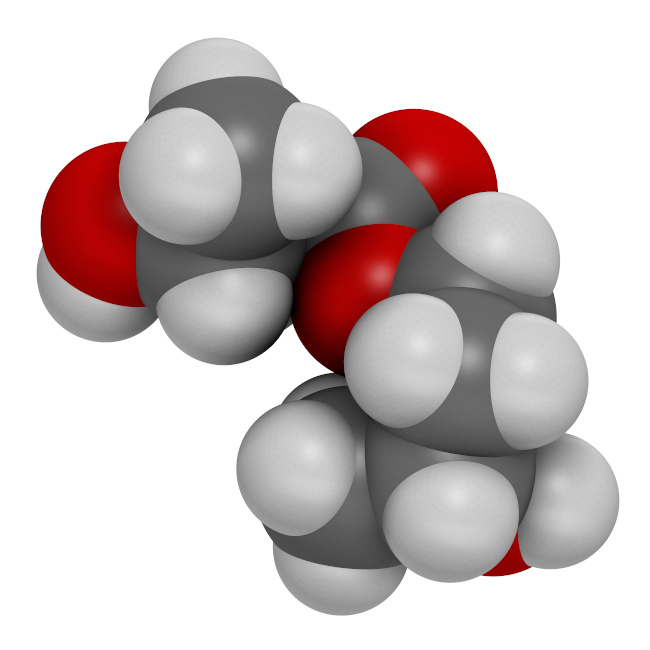 We recently wrote about Going Keto where we discussed in detail the potential pros and cons of following a ketogenic diet. Not to be confused with a ketogenic diet, Ketone Ester supplements have hit the headlines and here we explore the science to establish whether supplementation really does improve exercise performance.

As we explain in our Going Keto article:

“A ketogenic diet (KD) is a nutritional intervention which consists of a high fat, moderate protein, but critically low carbohydrate consumption. Carbohydrate consumption from a KD is typically accepted at 5% of the total calorie intake. Putting this into perspective, a daily diet consisting of 2000kcals, would see only 100kcals coming from carbohydrate source, equivalent to 25g per day”

A person aiming to achieve nutritional ketosis (the desired outcome from a ketogenic diet) would need to follow the exceptionally strict dietary targets explained above, for at least 4 days. The point at which ketosis is achieved is when blood ketone levels reach a concentration of 3mmol per litre and beyond. The diet would then have to be strictly followed to ensure the person remained in a state of ketosis. It’s fair to say that this style of diet certainly takes a lot of willpower, time and planning to achieve a goal which isn’t necessarily fully understood. The conclusions we drew from the research we reviewed for our ‘Going Keto’ article was that there were no tangible performance or health benefits from following such a strict regimen. Any benefits were vastly outweighed by the negatives from a performance perspective, the biggest one being the loss of ‘metabolic flexibility’ – the ability to burn carbohydrate as a fuel and the high-octane benefits that brings. A ketone ester is a highly concentrated drink containing large quantities of the most commonly produced ketone body, beta-hydroxybutyrate. An ‘ester’ means that the compound is typically an acid and commonly known as an alcohol. When ketone bodies are bound to an alcohol rather than a salt (Ketone salts), a much greater quantity of ketones can be bound to each alcohol compound and therefore this significantly increases the concentration of ketones within the supplement. Don’t worry, the quantity of alcohol with these beverages is microscopic and used simply as a molecular ‘glue’, so you don’t need to worry about adding milage to your training through being a little loose with your ability to hold a straight line! As more research into a traditional ketogenic diets took place, it soon became clear that there could be many negative side effects to limiting carbohydrate from the diet to near zero levels over prolonged periods of time – it could lead to this ‘metabolic in-flexibility’ we discussed earlier. If you don’t consume carbohydrate, you can’t expect your body to accept and use it when you reintroduce it.

A potential way to overcome the negatives of a long term low carb diet is to rapidly infuse ketone bodies from a supplement. Via this method, an athlete would artificially induce ketosis and therefore would not have to follow an exceptionally strict and restricting diet to reap the rewards of increased fat metabolism. Using a ketone ester supplementation approach, an athlete could still consume carbohydrate generally as part of their diet and use fuelling and recovery products as they normally would. Also, the athlete could reach a state of ketosis within 1–2 hours rather than via the traditional 4-day dietary method. They’d have the ability to burn ketones as well as carbohydrate in a 2-hour timeframe and wouldn’t have to subject themselves to painful dietary manipulation.

The performance benefit of this approach in theory would be that an athlete could to extend time to exhaustion by sparing stored muscle carbohydrate as the ketones will provide an extra energy source. Since carbohydrate hasn’t been restricted from the diet either, the metabolic pathways for carbohydrate metabolism will still be open, enabling the athlete to change pace and sprint – all of the benefits that metabolic flexibility brings.

It sounds like the silver bullet we have all been looking for, right? Although ketone supplements may provide additional ‘available’ fuel for low to moderate intensity exercise, where fat is also predominantly used for energy production, this huge amount of fuel type flooding the bloodstream may also have negative effects. There is evidence to suggest that the metabolism carbohydrates specifically could be interfered with at high exercise intensities. Research has suggested that high concentration ketone ester supplementation may have the capacity to reduce the amount of carbohydrate that is broken down during high intensity exercise. So, although carbohydrate may be available to use, the mechanics required for it to be utilised would not work as effectively. The silver bullet is now becoming bronzed!

Although not fully understood by science, reasons for this inability to utilise carbohydrates may occur because of the sheer quantity of fuel and energy being funnelled through the fat-burning pathways (Fats and ketones take the same journey). The large volumes of fuel directed through these pathways may somehow ‘switch off’ enzymes associated with carbohydrate metabolism, disabling the athletes’ anaerobic pathways and ‘top end power.’

It seems therefore that the very thing that a ketone ester supplement should be assisting with – the benefits of additional ketone fuel whilst maintaining the flexibility of carbohydrate metabolism – actually delivers metabolic inflexibility in the same way that a ketogenic diet does. As we mention in our Going Keto article, most races are won or lost by a sprint or injection of anaerobic power and this can only be delivered if your carbohydrate burning pathways are on-point. In summary, research surrounding both ketogenic diets and ketone esters on sports performance are exceptionally limited and inconclusive. Neither reports of positive or negative findings exploring ketone ester supplementation have shown any statistically powerful findings, when compared to carbohydrate ingestion pre, during and post exercise. Research from Egan and colleagues (2016) highlighted that supplementation of a ketone ester improved cycling time trial performance by 2%, while work from Leckey and colleagues (2017) noted a 2% decrease in performance along with stomach discomfort and increased perception of effort for the time trial duration.

This doesn’t mean that ketone esters should be completely disregarded. There are instances where low intensity, ultra-endurance, self-supported events may benefit from their use, reducing the need to carry large volumes of fuel by way of carbohydrate bars, drinks and gels. For most however, who want to win races, set a new 10k PB, beat their friends on the club run café sprint, or get in the top 10 on the local Strava KOM, based on what we currently know, carbohydrate still seems to be the go-to for endurance sports performance and it will be much lighter on the wallet. Currently ketones ester supplements are exceptionally expensive, equivalent in price to an entire box of TORQ Gels, per SINGLE use. Anecdotal reports also confirm that the flavour leaves a lot to be desired and let’s be honest, can you really turn down a Rhubarb & Custard TORQ Gel?

If you have any questions about this article or anything else on this website, please email us at enquiries@torqfitness.co.uk or phone 0344 332 0852.[/caption]